Our research falls under the umbrella description of "Fluorine Chemistry", and we deliberately deal with aspects that straddle the usual inorganic, organometallic and organic boundaries.

Our chemistry straddles the inorganic/organic boundaries

We investigate new methods of introducing fluorine and fluorinated groups into main-group, organic and transition-metal systems. We are interested in the application of these compounds, for example as unusual solvent systems, as materials as new reagents, in catalysis and as specialist ligands. We investigate structure/property relationships in fluorine-containing species in the solid state and make extensive use of modern spectroscopic techniques such as multinuclear NMR methods and IR & Raman spectroscopy. Most of this work, unless commercially sensitive, is published in peer-reviewed journals and links to these papers can be found on our publications page. In addition, below is a selection of fluorine-related textbooks written by internationally-reknowned fluorine chemists, where you will find our work cited:

CFC-replacements as reagents in fluorine chemistry

CFC's used to be common starting materials for the introduction of organo-fluorine groups into molecules, as well as being refrigerants and propellants for aerosol cans, but these have been phased out because of the damage that they do to the ozone layer. We have shown that the non-ozone depleting HFCs introduced as CFC-replacements, can be used to as substitutes in chemical reactions as well. For example HFC-134a (CF3CH2F), can be used to generate perfluorovinyllithium (CF2=CFLi) which is a precursor to a wide range of fluoro-organometallic complexes. One of these, bis(perfluorovinyl)mercury, Hg(CF=CF2)2, shown below, had the distinction of being the first metal-perfluorovinyl compound to have been structurally characterised. [1]

Since then we have used HFCs to generate many more complexes that have shown interesting bonding and structural motifs. [2]

Related work showed that the chlorinated analogue CF3CH2Cl can be used to prepare 1-chloro-2,2-difluorovinyl complexes.[3]In this instance, we were able to prepare the first examples of early-transition-metal complexes of these ligands, and ultimately to get the first crystal structure of such a complex, and evidence for a pi-bound intermediate system..

For all of these systems we are able to carry out stereospecific transformations of the fluorovinyl-group to generate trans-(CF=CFR) functions where R=H,Bu,Ph etc etc.[4]

We subsequently demonstrated that another commercially available HFC can be used to generate organofluorine systems containing carbon-carbon triple bonds. For example, hydrofluorocarbon (HFC-245fa) (CF3CHFCH2F) is capable of generating trifluoropropynyl lithium under facile conditions - this route is now the method of choice for such systems.[5]Subsequent chemistry showed that it is possible to transform the CF3-alkyne into a difluorocyclopropene in one single-pot reaction that relies on steric control rather than the use of toxic heavy-metal, difluorocarbene sources.[6]

Read more about our work with HFCs...

We have concentrated on making new organofluorine-containing phosphorus(III) systems because such ligands show a unique combination of steric and electronic properties, often along with enhanced thermal and oxidative stability, that are unmatched by traditional phosphine ligands. Early work focussed on phosphines containing fluoroalkenyl groups, such as trifluorovinyl and chlorodifluorovinyl systems. Just a few typical examples are: PR2(CF=CF2), PR2(CCl=CF2), [7], [8] PR2(CF=CFH), PR(CCCF3)2 etc. The structure of one complex containing one of these type of ligands, [cis-{(CF2=CF)P(C6H5)2}2PtCl2], is shown below. We undertake this coordination chemistry in order to study the electronic properties of these ligands. We can modify the amount of fluorine in the ligand, as well as the identity of R-groups in this way we can carefully "tune" the steric and electronic properties of the ligand. But typically, these lie between those of traditional tertiary phosphines (PR3) and phosphites [P(OR)3]. More importantly, the ligands are much more stable towards oxidation and decomposition and have potential applications as "designer ligands" for catalytic systems.

More recently, we have also devised a generic method for introducing fluoroalkyl ligands into phosphines, such as Ph2P(i-C3F7), shown below, which was the first crystal structure of a phosphine containing a secondary fluoroalkyl group. By modifying the fluorinated group we can change the steric and electronic effects at the phosphorus centre and so modify the ligand's properties.

We are also looking at new synthetic methods for mixed systems, based on phosphines, phosphites, and related compounds; again these can be used as ligands which we can readily modify the steric, electronic and solvency effects.

Read more about our work on fluorinated phosphines ...

Many other published structures produced by the group can be found on our structures page. We have also developed an on-line phosphorus NMR chemical shift calculator which can calculate the chemical shift position of around 14000 primary, secondary and tertiary phosphines.

New, simple, methods of introducing fluorine and fluorinated groups into molecules are always in demand since so many modern drugs, plant chemicals etc are fluorine-containing materials. We are investigating the catalytic introduction of fluorinated groups using common, readily available and cheap starting materials, such as KF, or catalytically.

Read more about our fluoro-organometallic work ...

Fluorine-containing compounds find a wide range of applications, from modern drugs to polymeric materials. We are currently working in two more applied areas of fluorine chemistry. The first of these involves a "green chemistry" angle - that is the generation of new solvent systems based on fluorine-containing room-temperature ionic liquids which are being investigated from a synthetic standpoint and for their applications in electrochemistry. The synthesis of RTILs which include fluorine in one or both of the constituent ions that make up the liquid means we can alter the properties of the ionic liquid, for example reducing its melting point, making it hydrophobic etc

The second area is based on a speciality of Manchester - graphene based chemistry. Here we are involved in introducing fluorine and fluorinated groups onto graphene in order to modify its properties and applications. 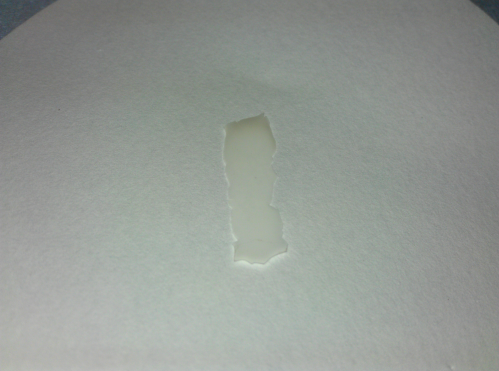 Much of the work we carry out is cross-disciplinary and includes aspects of traditional inorganic fluorine chemistry as well as aspects of organofluorine chemistry. The lab is therefore equipped for both types of work. Each worker currently has a separate fumehood with dedicated double-manifold nitrogen/vacuum lines. We also have a separate all-metal pressure/vacuum line for handling aggressive materials and recirculating argon-filled dry box for handling and storing air-sensitive materials. Low-temperature reactions are controlled by a closed-cycle dip chiller (dial-up temperature RT to -90 C). We have in-group computing facilities (including a group-owned linux fileserver) for data storage, computational modelling and database work.

The School of Chemistry Facilities

The School of Chemistry is very well equipped and includes the following: